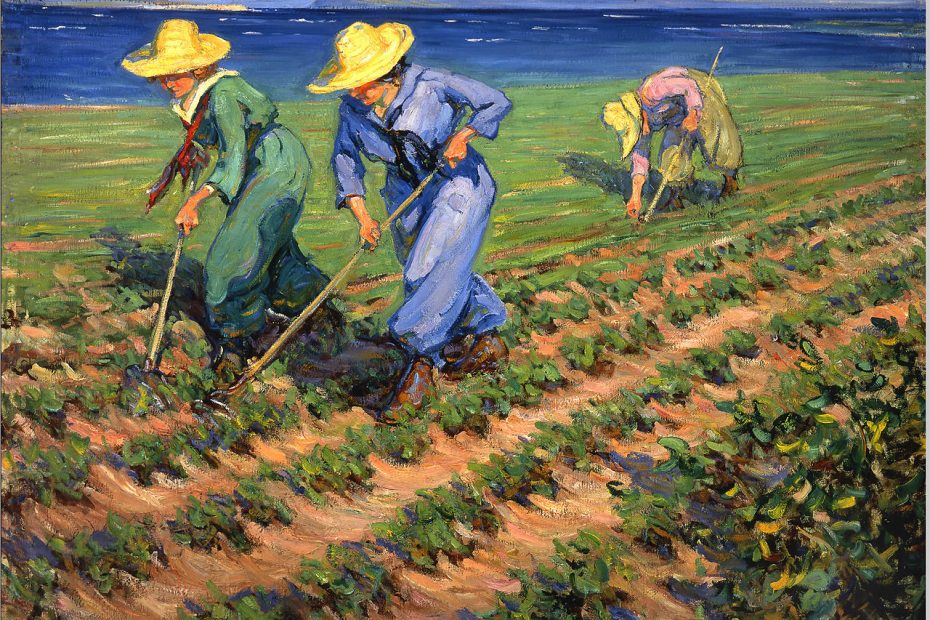 From being ridiculed by colleagues to the Queen’s castle, the works of Manly MacDonald haven’t always been so popular. Fortunately, success is defined by accomplishment rather than popularity.

Manly Edward MacDonald is one of the most recognized artists from the Hastings & Prince Edward County area. Born in Point Anne as the son of farmer & fisherman William MacDonald. Manly went to school at the Central Ontario School of Art, now known as OCAD, but he never strayed far from his roots. As Manly eased into his painting career, he supplemented his income by fishing with his grandfather in the fall.

His works were exhibited at the Canadian National Exhibition (CNE) in Toronto, the London Tate Gallery’s Canadian exhibition and the New York World’s Fair in the 1920s and 30s. The world is constantly evolving, but MacDonald’s perception of it stayed relatively constant as expressed through his artwork – perfecting his signature style throughout his career. It’s estimated that MacDonald completed approximately 2000 works throughout his career, many of which are now part of large permanent collections and unlikely to be sold any time soon.

Some of MacDonald’s commissions were still receiving backlash from the Ontario Society of Artists (OSA) close to a decade after he resigned from the organization. His 1959 commission of the Toronto skyline, a gift from the city to the Queen, was described by the OSA as “an insult to Her Majesty”. While MacDonald isn’t the most renowned artist to have been a part of the OSA, I doubt the member who made that comment publicly expected the work to still be part of the Royal Collection about 60 years later.

I’d like to think the modern equivalent of that scenario is Meghan Markle screenshotting mean tweets in case those people become famous, but I don’t think that’s giving the Duchess of Sussex enough credit. She probably has someone to screenshot them for her.

This post was inspired by an article written by my grandfather, I’ve attached a copy of the article below.

P.S. Is it a refraction if you’re reflecting on a reflection? I think I’m just switching inflections, but I’m not here to argue semantics. 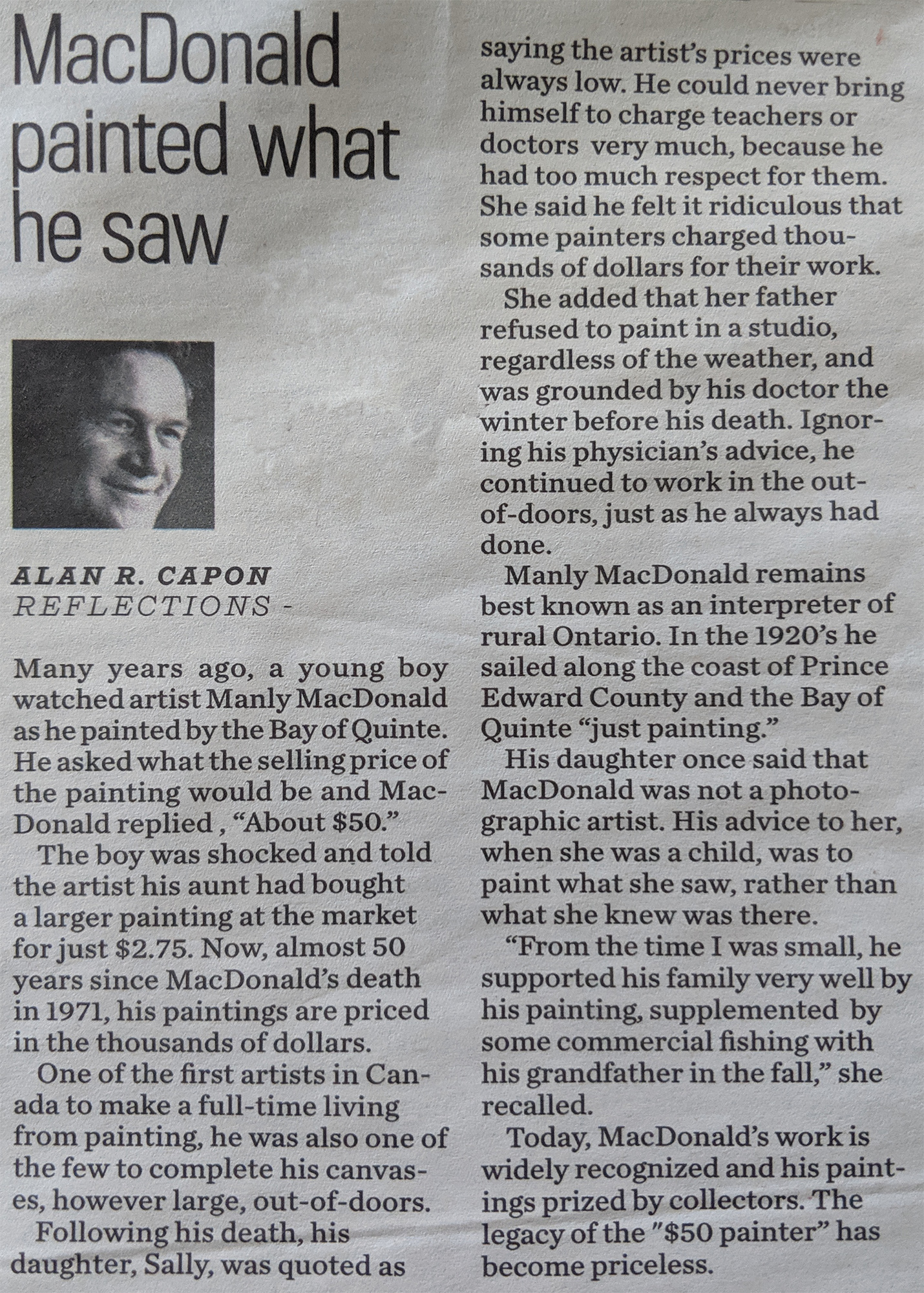